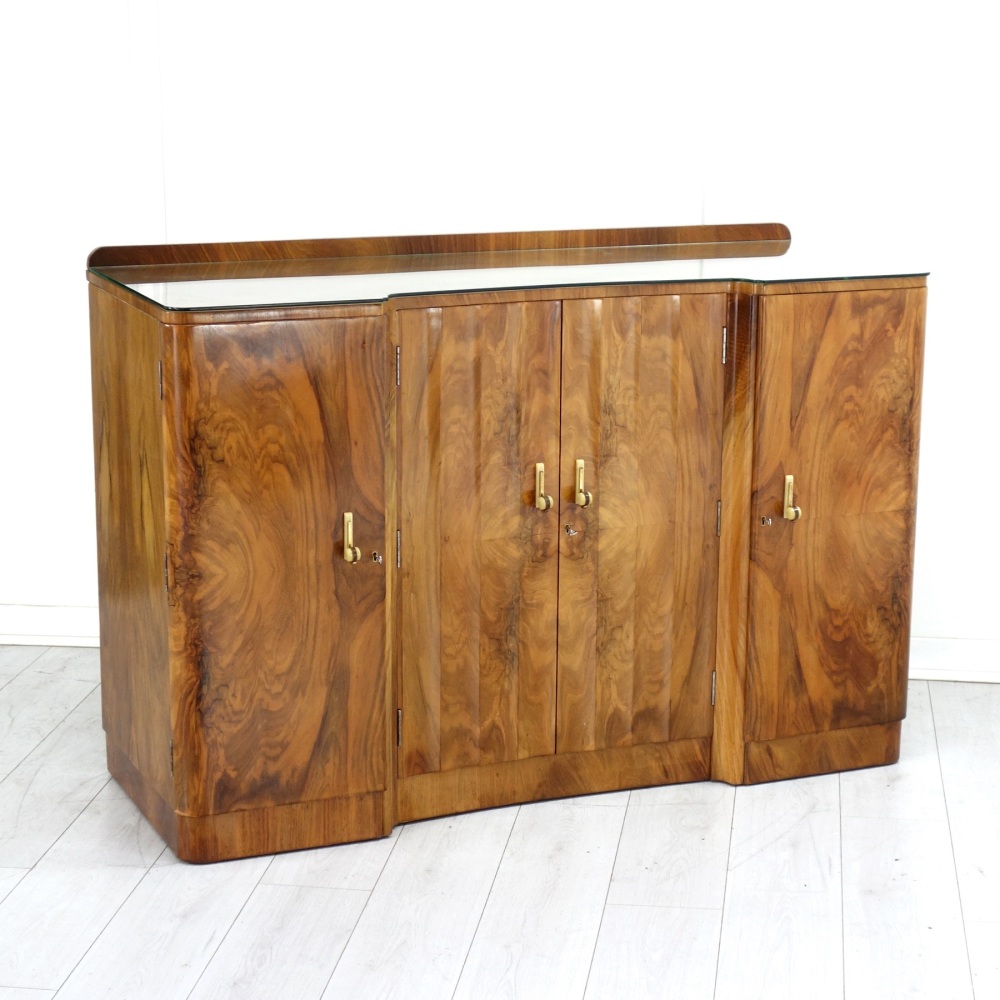 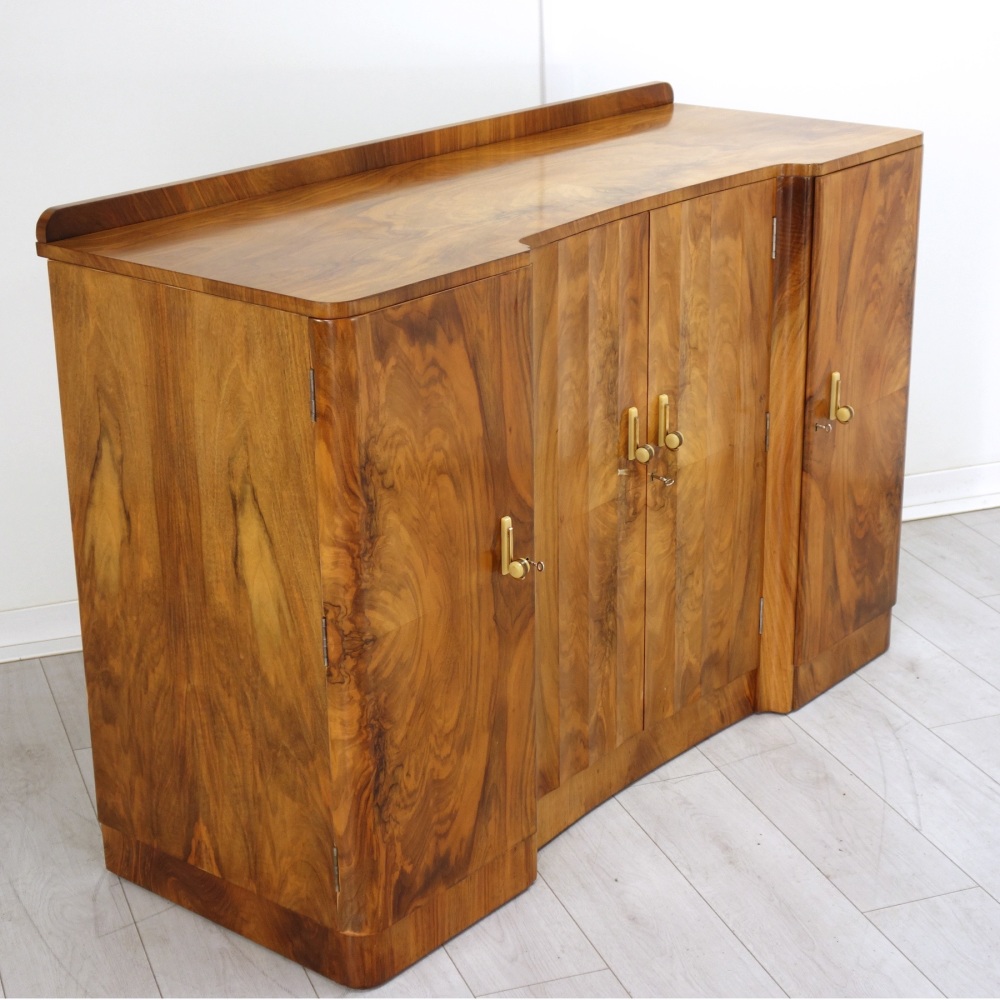 A Fine Art Deco Sideboard by H&L Epstein produced in England circa1930 in highly  Figured Walnut. A central cabinet with two fluted doors adjoined by two side cabinets.

Inside the central cabinet there are three mahogany draws and bottle stand. the right and left cabinets have two mahogany shelves. 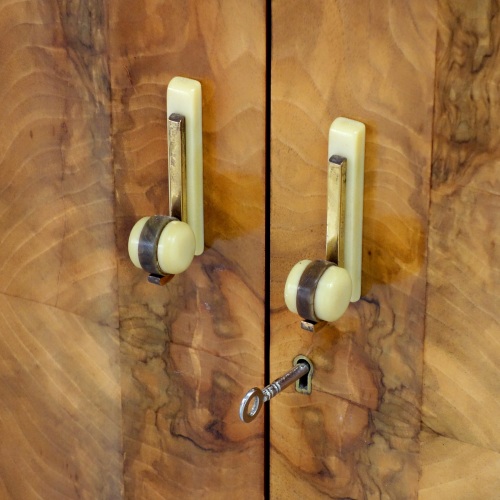 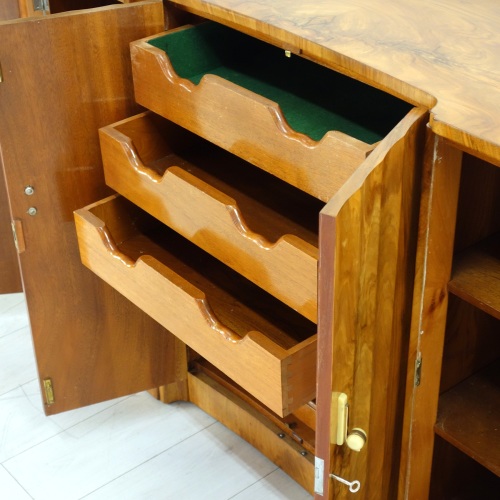 In excellent condition fully polished throughout .